An ideationally ambitious and stylistically engaging writer with experience behind the editor’s desk and the reporter’s pen. Experienced writer, public speaker, bilingual translator, and film editor with a Bachelor’s Degree in History and Political Science from Yale University.

At the Intersection: The Ongoing Battle Over Water, Oil and Sovereignty

First came the battle cry: “We can’t drink oil!” Then the resounding response: “Keep it in the soil!” Drivers honked their horns. Rush-hour traffic screeched to a halt, as the stoplight went from red to green to yellow and back to red again without a single vehicle moving. At the center of the intersection of College and Chapel streets, in front of TD Bank, a line of defiant protesters stood
Yale Daily News Sci-Tech • 28th February 2016

Decades after dark matter was first discovered, a Yale-built detection device is leading the search for the invisible phenomenon. --------One reader's comment on the article: "AHMED ELBENNI deserves special recognition for his success in translating some very deep science into terms understandable to the YDN readership, including careful selection and arrangements of relevant bits from the HAYSTAC of information this story encompasses."
The Politic • 8th March 2017

Tyranny in Twenty Lessons: Timothy Snyder on the Rise of Trump

Eight days after Donald Trump was elected president, Yale history professor Timothy Snyder posted an ominous warning on Facebook. “Americans are no wiser than the Europeans who saw democracy yield to fascism, Nazism, or communism,” he began. “Our one advantage is that we might learn from their experience. Now is a good time to do so. Here are twenty lessons from the twentieth century, adapted to the circumstances of today.”
The Politic • 5th July 2017

An Interview with Gary Locke, Former U.S. Ambassador to China

"China will be very wary and very cautious about Donald Trump. They really don’t know where he might be from one day to the next. They will move forward on some of the initiatives that they have launched, but they will be mindful that he could change his mind and terminate the deal at any time."
The Politic • 22nd October 2017

"We simply don’t know whether backward time travel is possible. The answer, as best I can tell, is controlled by laws of quantum gravity, laws that come from combining general relativity with quantum physics. Only when we understand those laws of quantum gravity far better than we do today will we be able, theoretically, to answer the question of whether you can go backward in time. That’s probably a few decades away. I’m a little pessimistic about it, but I regard it as a very open question."
Wisconsin Politifact • 24th July 2019

FACT-CHECK: Matt Flynn's claims that Foxconn is under investigation in China for fraud fall short

Ever since Gov. Scott Walker signed a $3 billion agreement with Taiwan-based Foxconn, the world’s largest contract electronics manufacturer, the deal has been an object of controversy in Wisconsin politics. The complaints from Democratic gubernatorial candidates have ranged from the size of the deal to the cost per new job to the environmental impact of the plant. Matt Flynn, one of the candidates, claimed that Foxconn "is under investigation in mainland China for securities fraud, environmental fraud and labor fraud."
The Yale Globalist • 21st January 2017

Rift: The Uyghurs and the Hui

The differential treatment of the Uyghurs and the Hui is linked to this basic logic: the Uyghur have mostly failed to fully assimilate into Chinese culture and thereby represent a potential threat, while the Hui tend to be more politically unengaged and have assimilated into Han culture. As such, they have won unusual tolerance from the Chinese government, which has previously ignored isolated instances of religious fundamentalism amongst the Hui. The Chinese government has attempted to fashion the Hui into exemplars of legitimate Chinese Islamic expression as political counterpoints to the Uyghur separatists. ----------------------Note: This article was cited by University of Chicago professor Robert R. Bianchi in his 2019 book, ﻿China and the Islamic World: How the New Silk Road is Transforming Global Politics
Yale Daily News WEEKEND • 22nd September 2017

Dressed in Blue, in the Red

Grant often thinks of Amherst. Although he had also been admitted to Cornell and Brown, his college decision ultimately came down to a face-off between Amherst and Yale. He recalls Amherst offering him not only more generous financial aid than Yale, but also a higher credit conversion that would have allowed him to graduate far in advance of the 3.5 years he’s spending at Yale. Though the appeal of Yale’s name and its incredible resources eventually sealed his decision, he sometimes regrets not taking Amherst’s financial aid package, some of which he could have pocketed for graduate school. But ultimately, he doesn’t regret coming to Yale. “I’ve met too many good people,” he says with a smile.
Milwaukee Journal-Sentinel • 10th August 2018

Mysteriously gunned down at 21, a quiet poet has a legacy that ripples through the communities he touched.
Wisconsin Politifact • 10th August 2018

In a radio ad attacking Democratic gubernatorial candidate Matt Flynn, the Wisconsin Republican Party claims that Flynn "told one child predator to ‘wait and see,’ when he should have turned him in to authorities." Flynn has taken heavy criticism from Gov. Scott Walker and others for his role representing the Milwaukee Archdiocese in priest sexual abuse cases from 1989 to 2004. Flynn is one of eight Democrats in the Aug. 14 primary who hope to face Walker in November. The former priest and Flynn have given differing accounts of what happened. But this much is clear: Describing the former priest in question as a "child predator" is one step (or several) too far.
Milwaukee Journal-Sentinel • 29th June 2018

A nurse licensed to prescribe drugs and her ex-husband associated with a Wauwatosa pain management clinic have been charged with running an illegal pill mill that gave thousands of opioids to people who didn't really need them, federal authorities said. In a separate case, three Milwaukee residents have been charged with obtaining oxycodone via prescription fraud and identity theft. "Not all drug dealers carry guns," said Wisconsin Attorney General Brad Schimel, speaking at a news conference Friday at the federal courthouse in Milwaukee. "And not all of them report to drug cartels south of the border."
Milwaukee Journal-Sentinel • 20th July 2018

'She wanted so much out of life': Shooter in killing of 9-year-old Za'Layia Jenkins sentenced to 41 years "I'm going to be famous," she once told her mother. She did everything a 9-year-old girl would — soccer, dancing, even rapping. But she never lost sight of one of her main goals: going to college. Those dreams ended May 5, 2016, when a storm of bullets engulfed her aunt's house in Milwaukee. Za'Layia suffered a fatal head wound.
Toledo Blade • 4th September 2017

Faith and brotherhood: Muslim fraternity growing at University of Toledo

Ismael Gad, 20, was not always sold on the idea of a Muslim fraternity. He was skeptical when he first heard about the existence of Alpha Lambda Mu...
postcrescent • 21st July 2019

In the 32 years he's served on the Wisconsin State Fair Police's mounted patrol unit, Joe Volz has seen a lot. There was the time Volz and his horse Montana chased a purse snatcher out of the fairgrounds, across Greenfield Avenue and into the alleyways – "he'd go through the backyards; I'd go through the backyards" – until the suspect finally surrendered. Then there were the racially charged mob attacks in 2011. Mostly, though, Volz and Montana, at 19 years the longest serving horse in the unit, have met many, many people. This year is no different. "Can anyone get kicked by one of these things?" one woman asked, gingerly stroking Montana's head. "Yes, they can. I've seen it," Volz affirmed. "People fly. They fly without wings."
The Politic • 9th March 2018

Seth Jacobowitz, associate Yale professor of East Asian Languages and Literature, was not expecting much of a turnout for his newest class, EALL 357: Anime and the Posthuman. Class sizes in his department typically range from five to ten students, and anime, traditionally defined as “Japanese animation,” seemed too niche a subject to attract a large audience. But once he held the first class session in William Harkness Hall, Jacobowitz quickly discovered that he had miscalculated.
Toledo Blade • 24th June 2017

Bicyclist with MS: 'I'm not giving up'

When people tell Christina Kajfasz, 54, they’re too out of shape to participate in Bike to the Bay, she just looks at her leg brace and says, “Really?”
Toledo Blade • 8th July 2017

Seven years ago, during the chilly days of autumn, passers-by noticed a pair of peregrine falcons arrive atop the 195-foot-tall clock tower ... Note: This article was republished in The Columbus Dispatch
Toledo Blade • 17th July 2017

Vintage, rare vehicles in Norwalk up for auction over 2 days

As for Mr. Anderson, he kept returning to his spot at the back of the tent, catalog and pen in hand to mark a few more automobiles. He has run the Lane and Kenny body shop in Columbus 47 years since age 19 and been to many auctions in his time, but even for him this event represented something special. “This is an exceptional auction,” he said. “You can’t find this stuff anymore.”
Yale Daily News WEEKEND • 14th April 2017

Not a Note Out of Place

“Yale is the only Ivy League university that lacks a formalized jazz studies program, concentration, or emphasis,” said Kane. “By the phrase jazz studies, I do not mean simply a few performance classes in jazz or in improvisation, but the rigorous study of jazz as a cultural, artistic and musical phenomenon, one that demands critical investigation, archival research and imaginative scholarship. Jazz Studies is really an interdisciplinary project — not the province of one single department or professional school. It requires support from the administration. Their inaction has effectively hindered the possibilities.” ---------------------One of the sources for this story had this to say after reading it: "Your article is fantastic - the jazz collective has been covered a bunch of times by the YDN before but no one has ever hit so many important points in one article. Thank you for writing it!"
Load More Articles 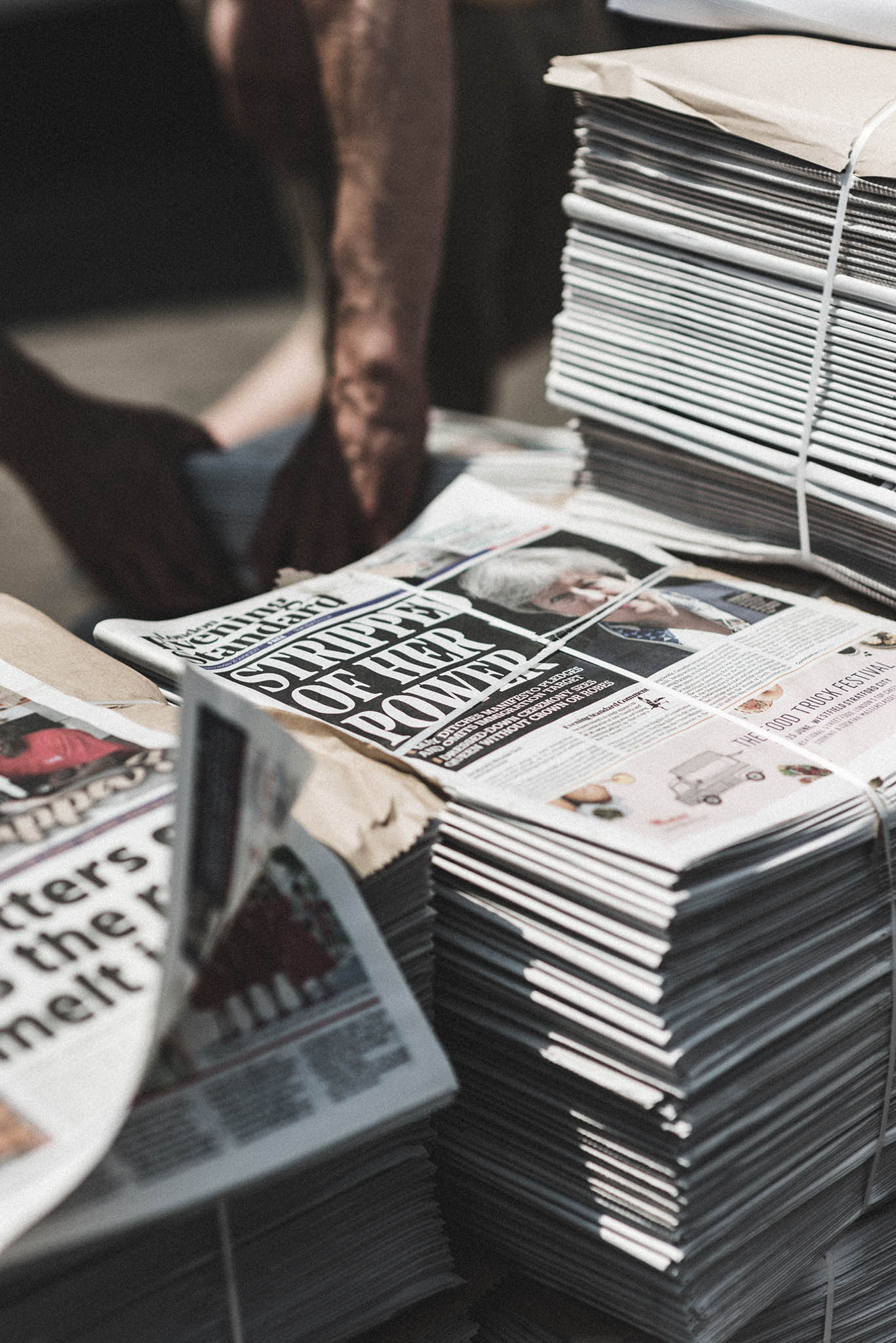